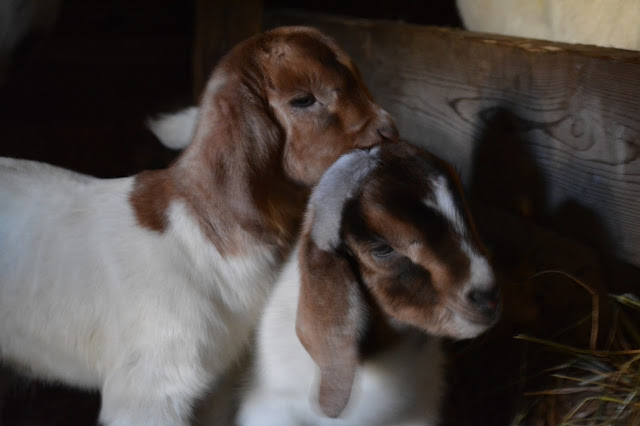 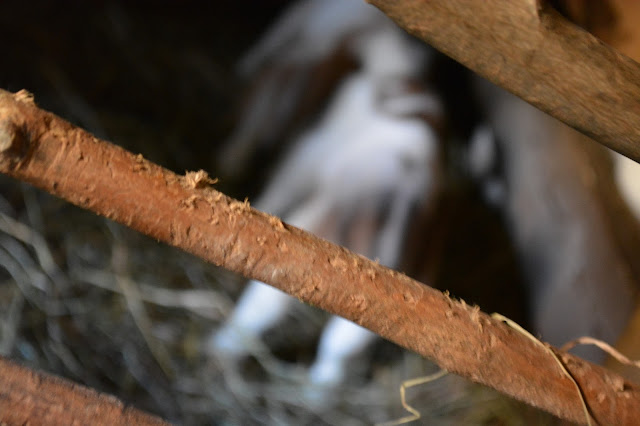 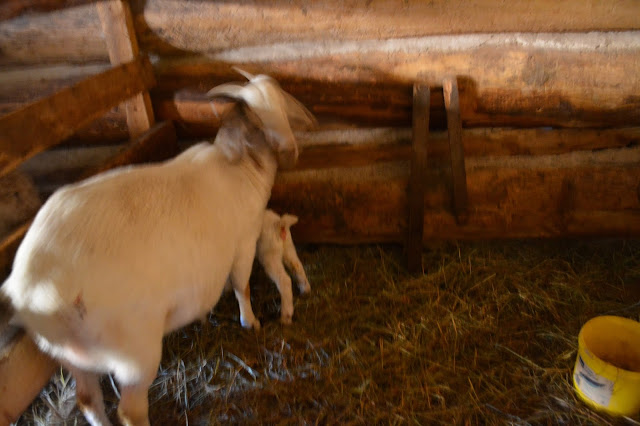 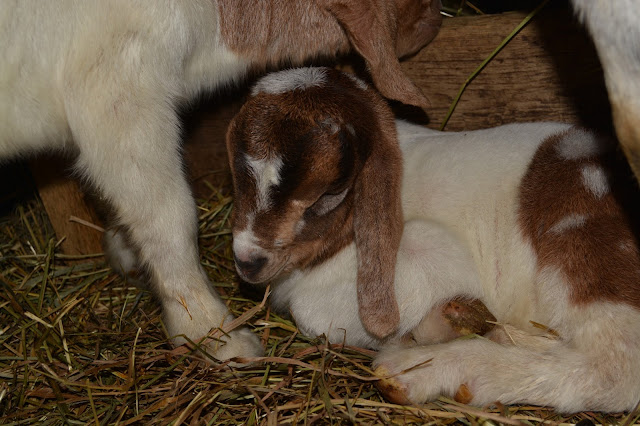 I'm always floored by the crazy miracle of birth. I missed it by one hour but the boys and some friends got to see the whole thing, in all its gory detail. (Which doesn't seem to disturb them. They're frankly a bit clinical about the whole life/death thing. I must be raising scientists.) But we are all swept off our feet by the sweetness and silkiness of baby goats.

They are Jethro Tull and Jabez. We name our animals alphabetically as we acquire them, and the offspring have the same letter as their mother. "Thus Josephine bore Jabez and Jethro, whilst her daughter Jacobina bore Jorungard. " You see? It has a musical ring to it. This helps us keep the dynasties straight.

So far our bucks have all been named for literary villains: Moriarty, Ivan the Terrible, and Fosco after  Count Fosco in the Moonstone. But I drew the line at Jack the Ripper and said let's name them after a band and a family ancestor instead. I tell you, it is much more fun naming animals than humans. 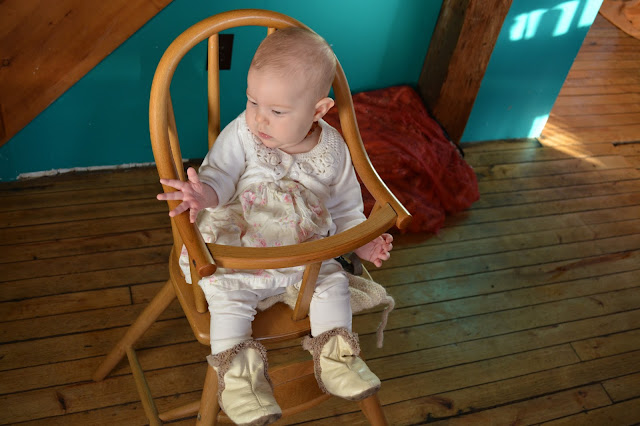 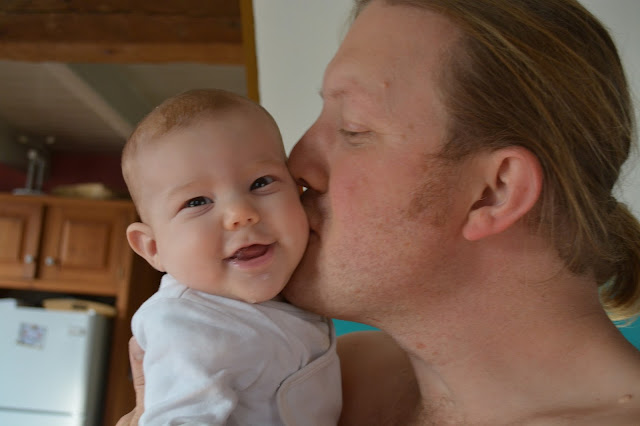 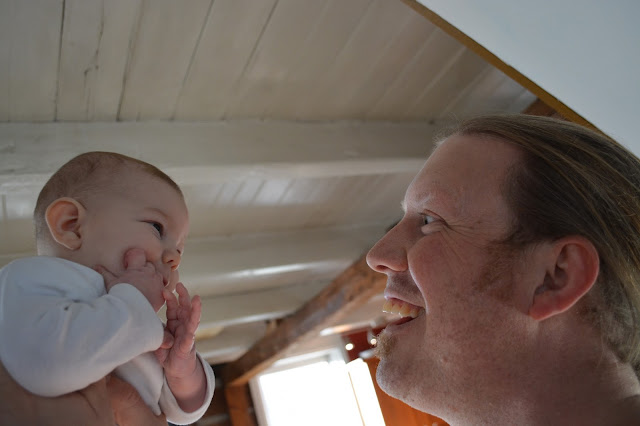 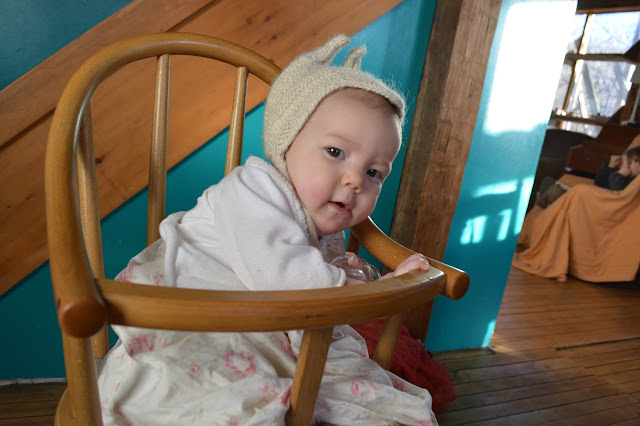 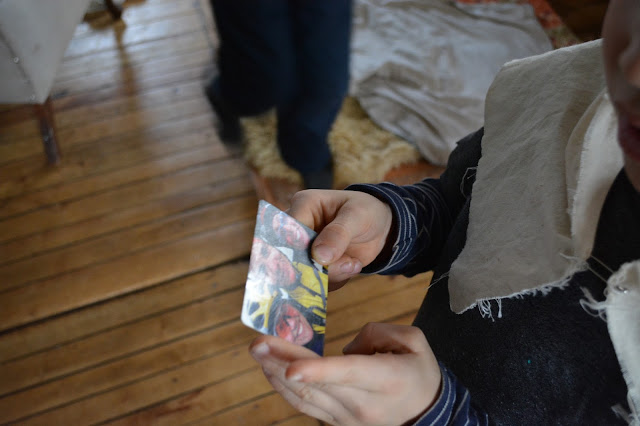 A wave of jaw harp (Jew's harp) mania has swept through our house, thanks to this cool theatre duo  and this crazy guy (Ozzy Osbourne alert) and a little help from youtube. The boys have been cutting up our old health cards and membership cards for homemade jaw harps. The sound of flapping plastic isn't quite as cool as the real thing but Christmas is coming and stockings need stuffing.

We have a nearly ongoing fire outside as Will cleans the property and cares for his beloved trees. It's so lovely! 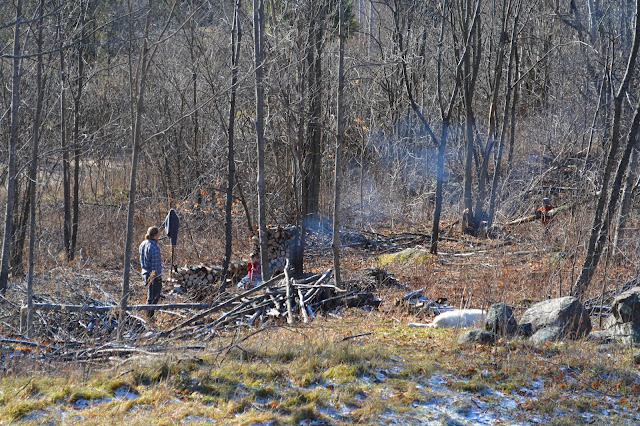 Posted by Flying Squirrel at 3:04 PM No comments: Links to this post